Employment First in NY – in Name Only

In listening to the entire State of the State speech, New York can be proud of its social justice platform. But, there is work to do in regard to disability. People with disabilities were not mentioned once in the address. Our advocacy community in New York State must be included in the social justice conversation. Let Our Ability and our New York Business Leadership Network help Gov. Andrew Cuomo achieve this goal.

In the State of the State, there were three opportunities to address disability related issues. Yes, he mentioned “mental illness” in regard to homelessness. We applaud this. But homelessness is a small part of much larger issues with disability advocacy in New York State.

The State of the State was the right place to mention increasing employment of people with disabilities under the economic development advancements of New York State-especially in Upstate New York.  We have shown some small employment growth. In beginning the Employment First initiative in 2015, Gov. Cuomo challenged us to lower poverty levels and increase employment. The State of the State provided the perfect platform to remind business about the benefits of recruiting, hiring and retaining people with disabilities as well as highlighting the businesses adapting to these new initiatives.

In mentioning the successful MWBE program and expanding it with county and local governments, Gov. Cuomo should have called upon adding people with disabilities (and the LGBTQ community) as part of the minority category, as is in other states (see Massachusetts and Pennsylvania). This would allow people with disabilities to start their own businesses and pursue state, county and local contracts. In mentioning healthcare, identifying the need for universal healthcare Gov. Cuomo should have outlined its positive effect on disability education, independent living and employment.

And, social justice. We applaud the support of black and white, gay and straight, Christian, Muslim and Jew alike. But, not recognizing the social justice of 1.1 million New Yorkers who live with disability was a dramatic and obvious oversight. Puerto Rico was mentioned numerous times and how we should not forget. True. We should also not forget New Yorkers with disabilities.

Gov. Cuomo need not look further than the recent national debate on health care, for one of the main reasons it was defeated is the loud voice of the disability community on Capitol Hill. #CripTheVote was seen repeatedly on Twitter, advocating people to fight for their healthcare. People were marching and sitting in in the US Capitol-willing to be arrested. These voters will be a strong and vocal in 2020.

To Gov. Cuomo-please engage with our community. Let us help you fulfill your goals in New York State, and all the way to Pennsylvania Avenue. It is in your own political best interest especially when you realize that nearly 1.1 million New Yorkers and as many as 15 million United States citizens live with disability today. And finally, let the disability community in New York be proud of our inclusion into this important social justice platform! 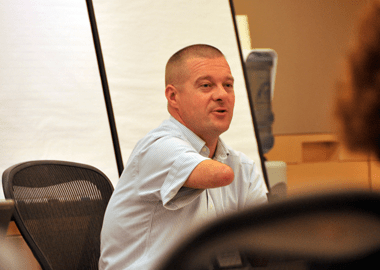